Domination Magic: Dark Side of the Force

This is the first installment of a series on my (incomplete) thoughts concerning magic used to dominate other people.

Caveat: I am not knowledgeable about the Star Wars Expanded Universe. My questions here—to myself—may have been answered there. I am unbothered by that.

That line has fascinated me for decades. How much control does Emperor Palpatine have over Vader via the Force? Not total, as Sith apprentices frequently kill their masters. As to why not, total control would result in a mere puppet rather than the needed junior partner and successor. So partial control of some kind. Magical control. Something beyond the mundane tools of social control which might be ineffective against special subordinates. Enough to keep the subordinate in line without losing what makes them special.

This could simply be a magical analogue to physical coercion: causing pain to the target’s mind instead of their body until the desired behavior is performed. That analogue is sufficient but neither interesting nor creative.

But the important detail is the partial domination. Almost none at all, judging by the frequently successful rebellions.

Finally! It was sorely needed as this website already has almost 500 URLs.

The search form is in the sidebar and thus available from every page.

Double Winners of the Medal of Honor

Being an Army Brat, that statement made me curious as to whether that is possible. So I started researching. It turns out the answer was “not anymore.” In fact, there have been nineteen double winners of the Medal of Honor.

The Medal of Honor was created in 1862 during the U.S. Civil War. It was the only military decoration for valor until 1918 when the “Pyramid of Valor” was established by an Act of Congress. It created the Distinguished Service Cross (Army), Navy Cross, and other lesser awards. Henceforth the Medal of Honor could only be awarded once to an individual.

A recent Act of Congress has since removed this restriction. Regardless, it is highly unlikely anyone will ever again be awarded a second medal. There has been an unwritten rule since the end of World War II that no awardee is to die on active duty. Thus one will never again be allowed in a combat zone.

Of those nineteen men, two were considered for a third award.

For those wishing to learn more about these men, I recommend the book Double Winners of the Medal of Honor by Raymond J. Tassin. Dr. Tassin gives each man a chapter that starts with childhood and pre-service life, provides context to the conflicts participated in, fleshes out the cited actions (not all of which were combat!) via storytelling, and concludes with post-service life and death. 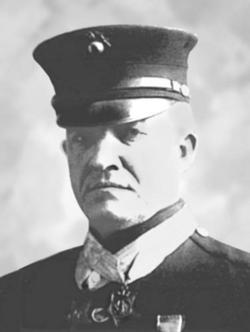 Lastly, I give you the nineteen (in chronological order):

For some time now, I have wanted to post here about role-playing and role-playing games. My own words, not just others’ via book excerpts.

I will mostly be writing to and for myself—as a tool for helping me think through incomplete ideas. Yet also sharing these ideas for whatever benefit to the RPG community.

While not a game developer, I am a software engineer. I have written much code as tools and toys in private, personal service of role-playing games. Maintaining a second website for potential technical posts would be crazy. So I do not rule out such posts here.

I came across this pair of blogposts on Tankards and Broadswords:

The first contains a clear imagining of what a Bronze Age setting could be like—would feel like. The second illustrates the cyclopean architecture found in the period.

Xenograg’s homeland is supposed to be Early Iron Age. Bronze armor, weapons, and architecture are still seen in some places, and the magical arms in tombs will likely be of bronze. I even have a house rule that says bronze is better than iron for enchantment.

On October 10, 2004, I got married at the Maryland Renaissance Festival. Our celebrant, Bill, went above and beyond the call of duty. He wrote the words, played the hammer dulcimer, and drew the Fermat’s spiral in chalk upon the ground. He also drove 16 hours in 34 so as to not neglect his parishioners.

Thank you, Bill. You made our special day absolutely unforgettable.

Video of my 2004 handfasting at the Maryland Renaissance Festival.